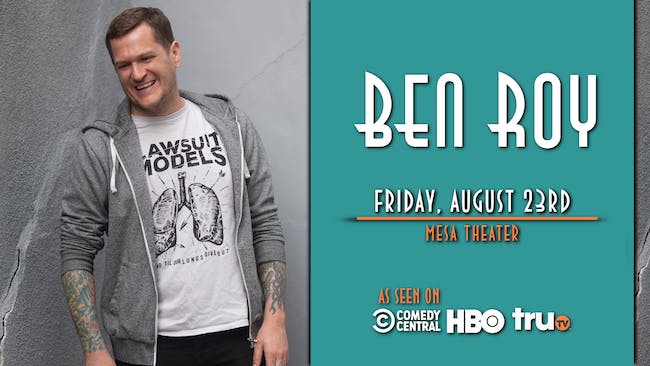 Taking comedy audiences by storm since 2004, Ben Roy brings an

Black or Bill Hicks due to his passionate, ranting approach, Roy has a style

that is definitively his own. Ben just signed a new album deal with 800 Pound

Gorilla Records and they are recording his new album live at Comedy Works.

Roy cut his comedic teeth in Denver at Comedy Works. Since then, he has

been selected to perform at the Montreal Just for Laughs Comedy Festival, LA

festival, and many more. Roy has been featured on HBO's Funny as

Dangerously Funny (alongside comedy greats like Patton Oswalt and Fred

Armisen); as well as on the Comedy Central shows Adam DeVine's House

Party and This Is Not Happening. Ben has also released three stand-up

Along with fellow Denver Comedians Adam Cayton-Holland and Andrew

Orvedahl (who collectively perform as The Grawlix), Ben created, writes and

stars in TruTV’s original comedy series Those Who Can’t, currently in its

third season. In addition to stand-up comedy, Roy is a prolific musician,

currently the lead singer of SPELLS. 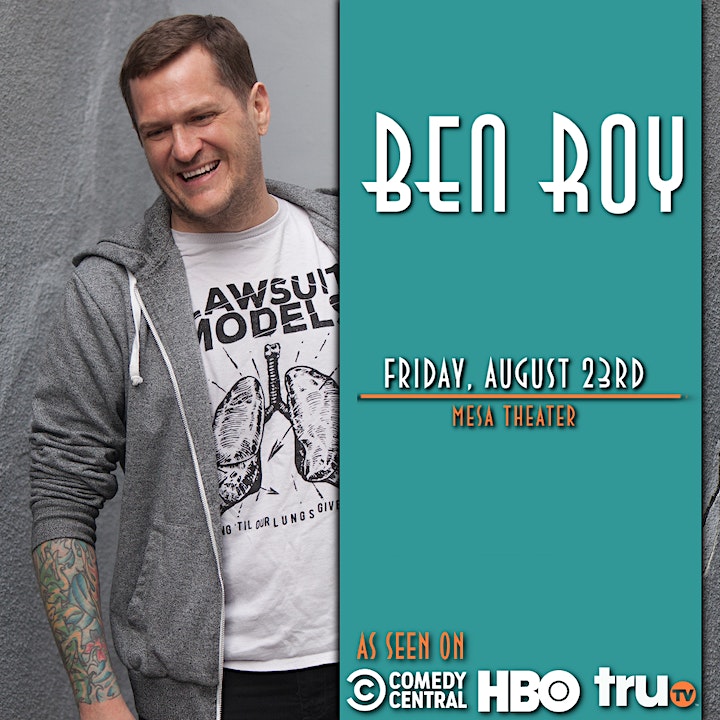