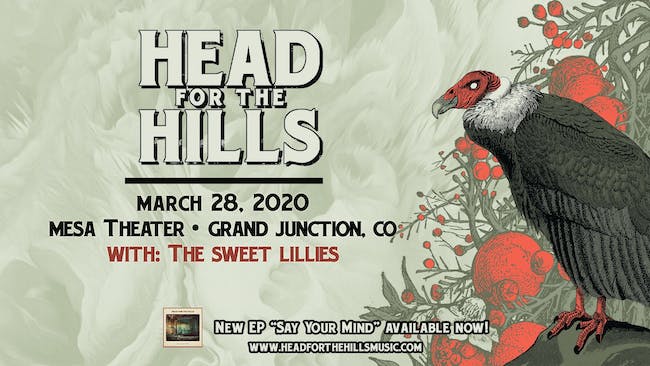 Head for the Hills

Head for the Hills--Adam Kinghorn, Joe Lessard, Matt Loewen--come out swinging and invigorated with fresh sounds on their latest EP, Say Your Mind (out March 22). Recorded at Swingfingers Studios in Fort Collins (Colorado), the band brought a larger band than ever before, including drummer Darren Garvey of Elephant Revival, Vocalist Kim Dawson, Dobroist Todd Livingston, a horn section and more. The material reflects both the turbulent social rhythms of our current era and more timeless moments of joy, growth, and change—think #MeToo, the current body politic, and inequality, but also relationships, fatherhood and growing up.

Like a painter that starts in acrylic and graduates to oils, Head for the Hills is deeper and richer in their 15th year as a band, with a wider palette of sonic textures at their disposal. Dorm room jam sessions have turned into a decade plus on the road--from humble coffee shops to theaters, festivals, roadhouses and clubs all across the country. Over time those sounds and influences have crept more and more into the bluegrass beginnings of the band, morphing into the seasoned eclecticism of Say Your Mind. The new songs are quintessential Head for the Hills; genre-straddling, lyrically deep, and danceable, with a crew of collaborators bringing the best of Colorado acoustic, roots, and soul music together. 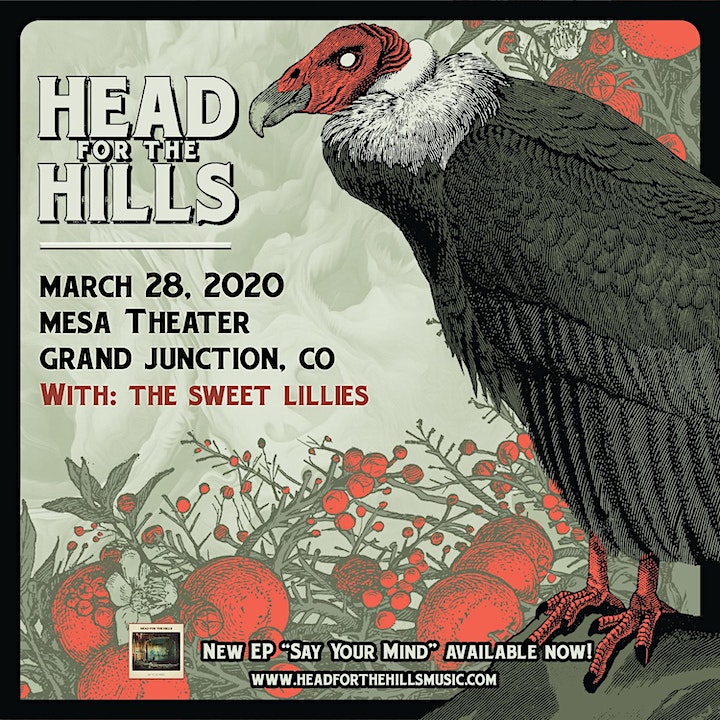