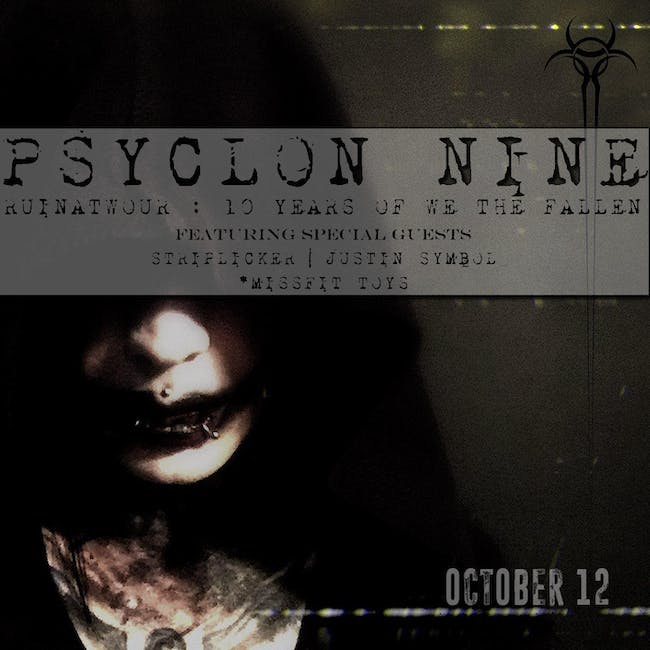 iCal
Google
Psyclon Nine: Ruinatwour [10 year anniversary of We The Fallen tour] with The union, Striplicker and Justin Symbol

Each of Psyclon Nine’s 6 full

Billboard Rock Charts in the USA. Their music video for Parasitic would go

hard fan base while touring with

Metropolis Records label mates Mindless Self Indulgence as well as other

international acts such as Mushroomhead, TigerArmy and appearing as a

After their recent, successful Tour Of The Worm Infektion in the USA in

support of their newest release Icon Of The Adversary, Psyclon Nine is

preparing to tour once more in celebration of

the 10 year anniversary of their

4th full length album We The Fallen and subsequent “Ruinatour”. The

synthesizer as well as

We The Fallen has been described as the pivotal, breakout album for Psyclon

Nine. It was the bands first album to appear on the Billboard Rock Charts,

became the Number 2 album through Hottopic and would c

specific scene into the greater alternative world. This 10 year

entirety along with select tracks from their entire back catalogue.

release, Metropolis Records had this to say about Icon 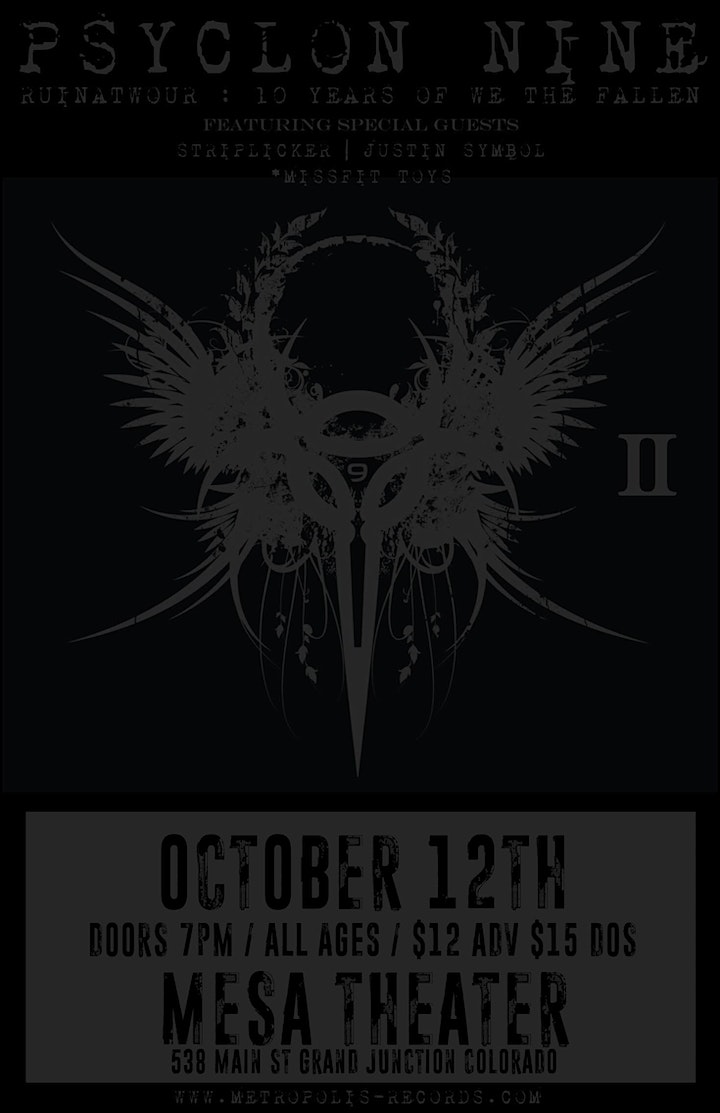