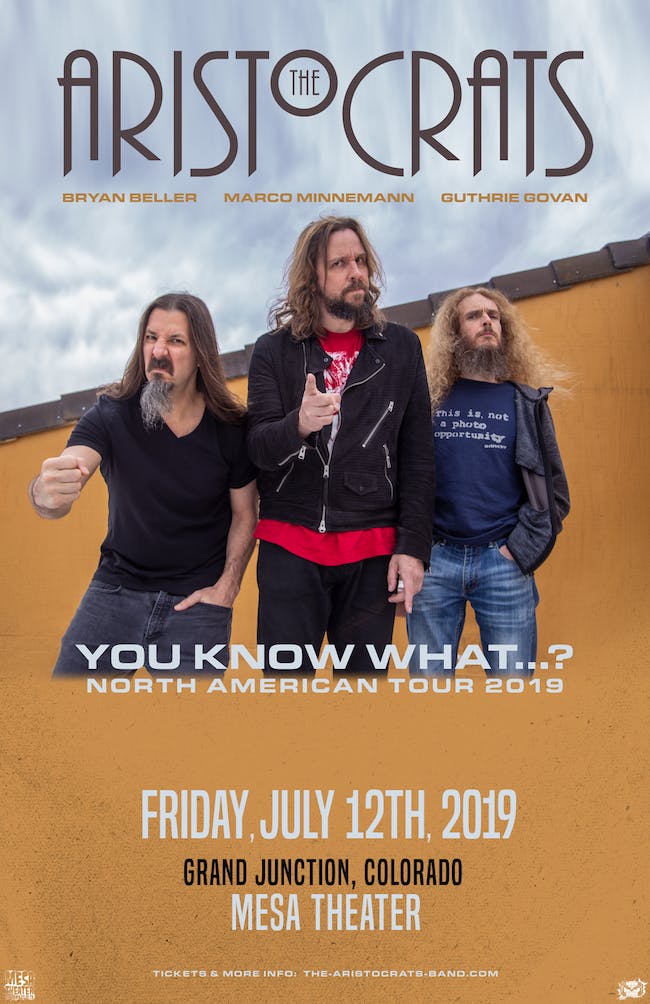 world, and established themselves as one of the most musically

fusion acts on the planet. Call them a virtuoso supergroup if you must, but their musical highwire act employing random amounts of rock, jazz, pop, metal, and even traditional country is informed by the spirit of a true band, one whoseimprovisational soul allows for anything to happen onstage at any moment...including the occasional wink and nod at the audience.

The Aristocrats are touring to promote their most ambitious and

exploratory studio album yet, entitled You Know What...?

and will be supported by fellow rock fusioners, Travis Larson Band.

With seven studio albums and three full length performance DVDs, the award winning Travis Larson Band is firmly rooted as one of instrumental music’s premiere acts, having worked on record with

Years of ambitious touring and shared live billing with notables such 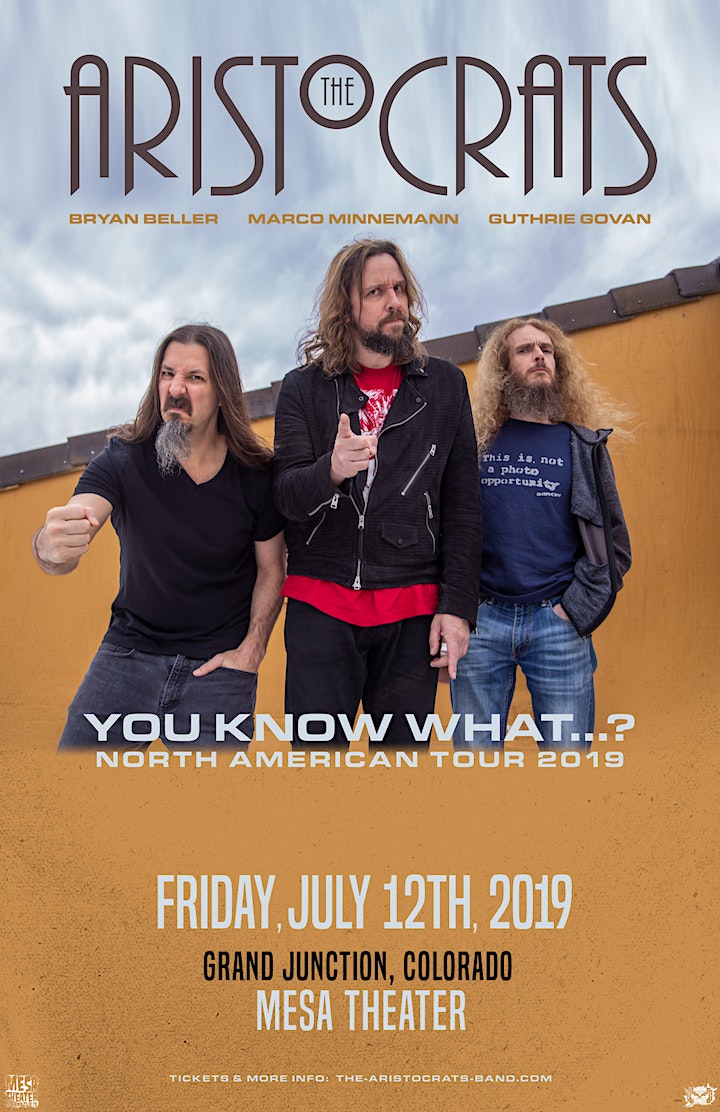