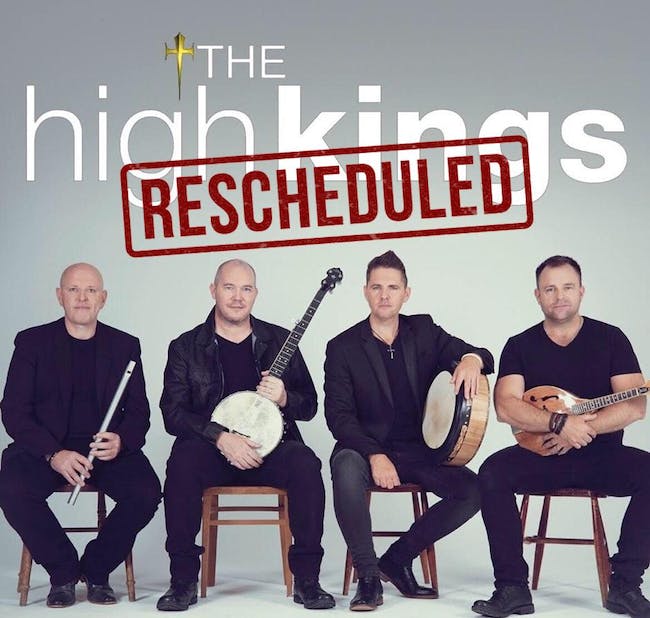 ****Due to circumstances out of our control THE HIGH KINGS has been rescheduled for Saturday, April 4th.

Tickets are valid for the reschedule date. Refunds are available until February 14th for anyone unable to attend. Please return to your point of purchase for a refund.****

The true heirs of Ireland's Folk heritage, The High Kings are Internationally acclaimed singers of Irish folk songs. A quartet of accomplished musical pedigrees, the band first exploded onto the Irish folk music scene in 2008. They have sold out hundreds of shows, in Ireland and the US, and appeared on numerous TV shows. The High Kings showcase their incredible versatility and skills as multi-instrumentalists, playing 13 instruments between the four of them, bringing a rousing acoustic flavour to brand new songs as well as some old favourites. Their first 'Best Of' Compilation 'DECADE' was released in November 2017 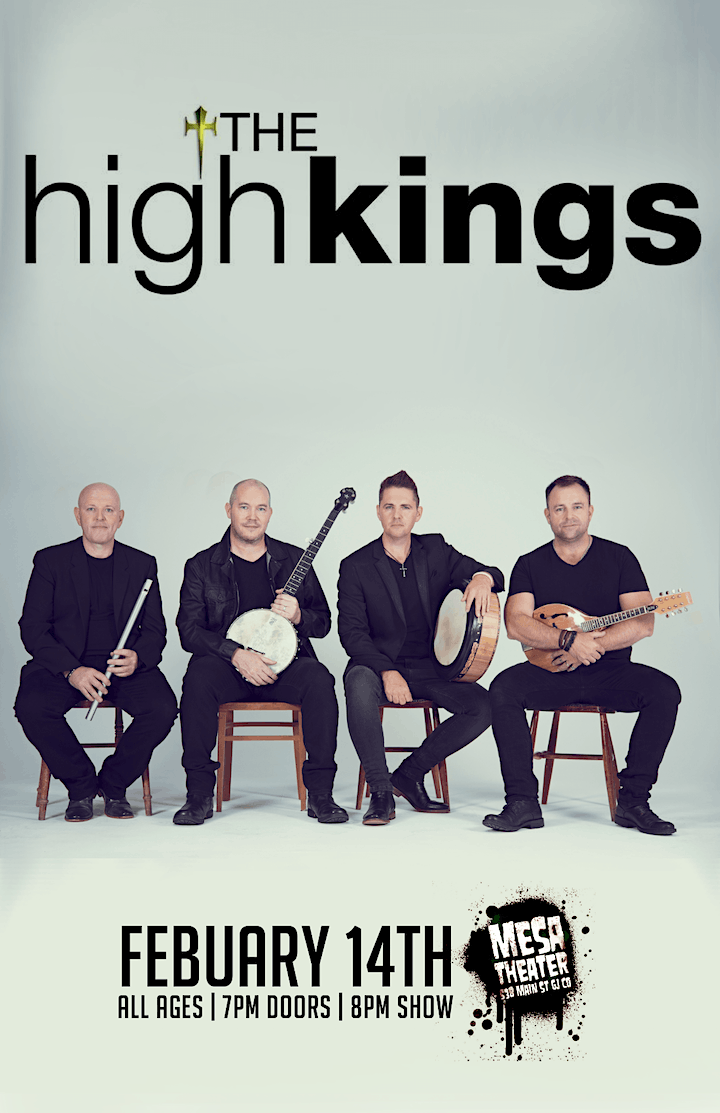